What is Fly Fishing? — Detailed Answers for You

You may have heard about fly fishing or seen someone do it somewhere. Just in case you are curious about what it means, you are in the right place.

This article’s aim is to provide answers to the question, “what is fly fishing?”. Meanwhile, you may also want to take advantage of this detailed article on how to start fly fishing to learn more about how to fly fish for the first time.

You can rest assured that at the end of this article, you will be better informed about how to fly cast and get your fish using this method.

The Basics of Fly Fishing

Fly fishing is a method of fishing that involves using a very lightweight lure known as an artificial fly to catch fish. Due to the lightweight of the lure, the casting technique for fly fishing is very different from that of traditional fishing.

However, fly fishing takes a very different approach. In this method, the lure is lightweight.

There are also quite a number of differences between traditional casting and fly casting. To achieve a fly cast, you need special equipment which includes the fly rod, leader, fly line, tippet, and fly.

The fly line is the key difference between both methods. The fly fishing technique allows both the fly rod and the fly line to work together. The fly line which is the heaviest part of the fishing equipment in this method is used to propel the artificial fly into the water. How?

Energy starts from the fly rod and moves from the line down to the end. Then a loop is created in the fly line when energy passes through it. You should see that when you start practicing fly fishing.

The fly casting method is the most important part of fly fishing. So, if you want to be a fly fisherman someday, you need to learn how to fly cast. There are some techniques in fly fishing that do not require you to fly cast, but there’s a lot you won’t be able to do if you don’t know how to cast.

When fly fishing, you are casting the fly line, not the lure. When compared to other types of fishing, the fly line is heavier and tapered. It is also the most castable line for fishing. Fly casting involves the transfer of impulse from the fly fishing rod and base of the fly line to the top of the line.

Watch this video to learn how to fly cast.

There are different types of cast used depending on the conditions. The forward cast is the most common. The angler or fly fisherman wants to propel the fishing fly far when using this method. So, he will bend the rod tip and then transmit the energy gotten from that bend into the line by whisking the fly into the air and back over his shoulder till the line is almost straight, then releasing the fly into the water.

Don’t get it wrong here. Your fly rod and the line is not a catapult. You don’t just bend the rod and shoot. If you do this, the fly won’t go anywhere far. You have to move the rod through an arc. This helps you magnify your hand, and allows you to shoot the fly to a far distance.

There is a term known as false casting. It is when you fly cast and the fly doesn’t land on the water. Many fishermen do this to dry flies or to reposition a cast after they’ve failed to catch fish once.

Other types of casting done which are not as common as the forward cast are the tuck cast, double- or single-haul, roll cast, and the side- or curve-cast. 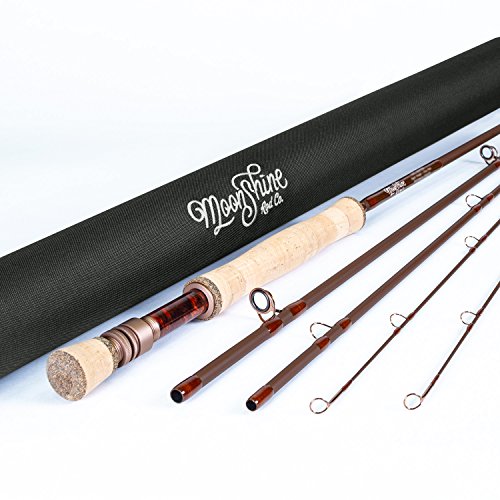 If you’re fishing in smaller rivers, you don’t need to do spey casting. This technique is used in large rivers when you want to catch fishes such as large trout and salmon. 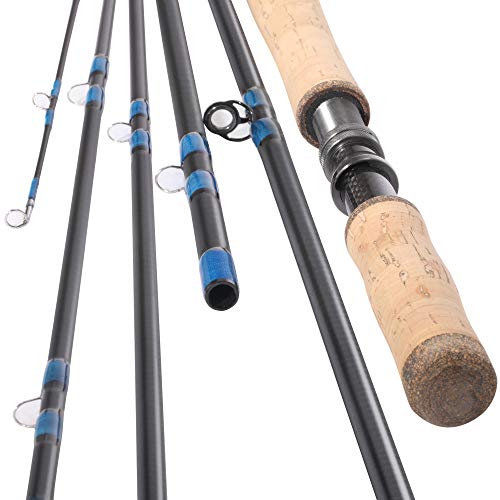 One of the most difficult aspects of fly fishing is dropping the artificial fly into the water and then, getting your fish. As a fisherman/angler, you’re trying to cast your fly in such a way that the animals in the water think it is real. You want your artificial fly to look like the real thing they want to eat. If you make any small mistake, you’ll have to reposition another cast and hope to catch fish.

If you succeed in catching a fish, you have to pull the line while raising the rod tip. This causes the hook to go into the fish’s mouth. Most modern fly reels have a mechanical drag system which controls tension when the fish is trying to escape. If yours doesn’t have this, you’ll have to use your hand to hold the fly line or use your hand as a drag on the reel when reeling up any slack in the line.

As a beginner, you point your rod directly to where you want to catch your fish. But, you must have enough control over your hand speed, so you’ll know when to stop abruptly. Afterward, the rod will begin to unfurl and if your hand speed and directions were controlled, you’ll have your fly rod tip moving with high speed in the right direction.

More experienced fly fishermen usually improve their speed by hauling. They make a fast pull with their hand on the line. So, when the line is stretched after the cast, it will still have speed. The fisherman can make a false throw by releasing some extra line through his fingers either forward or backward.

Artificial flies are usually tied with natural or synthetic materials so they can look like the prey of either terrestrial or aquatic habitat.

Some flies float on the surface (dry flies), stay partially submerged in water (emergers), or stay below the surface of the water (wet flies, streamers, and nymphs). To the fishes, a dry fly is an insect such as grasshopper, mayfly, stonefly, or ant which lands on the water surface. The emergers are designed to look like a wide variety of prey such as batfish, crayfish, leeches, and worms, while the wet flies imitate organisms such as leeches, scuds, or minnows. 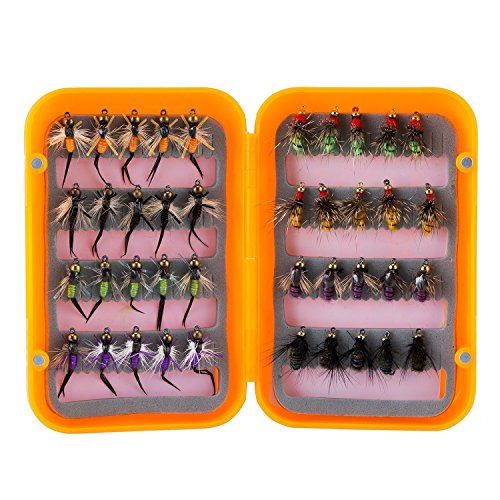 Fly fishing is the oldest method of recreational angling. Learning how to fly fish is not a difficult process. Once you know how to fly cast, you’ll be able to develop your speed and accuracy.

How to Start Fishing — A Guide for Beginners

How Should You Pass a Fishing Boat? — A Safety Guide

How to Choose a Fishing Rod [Complete Guide]

How to Choose a Fishing Line [Detailed Guide]

We have affiliate relationships with the providers (Amazon, Clickbank, etc) of the products, goods and services that are linked to on this page and may be compensated when you buy. But do note that it doesn't increase the cost of the products to you in any way or determine our verdict on a product/service.